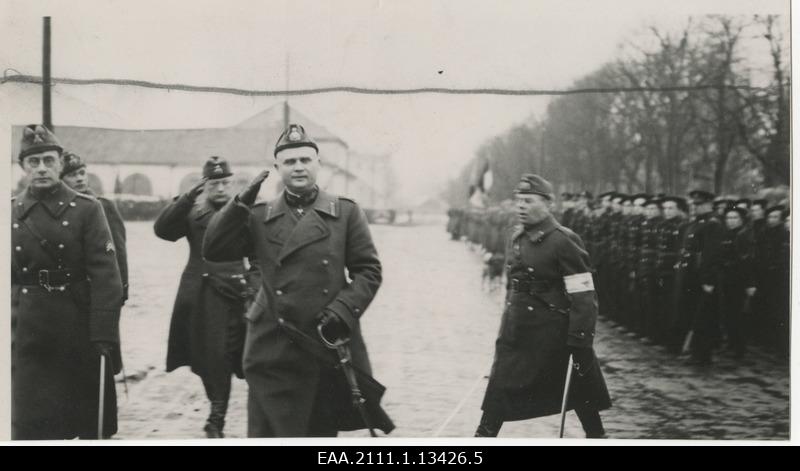 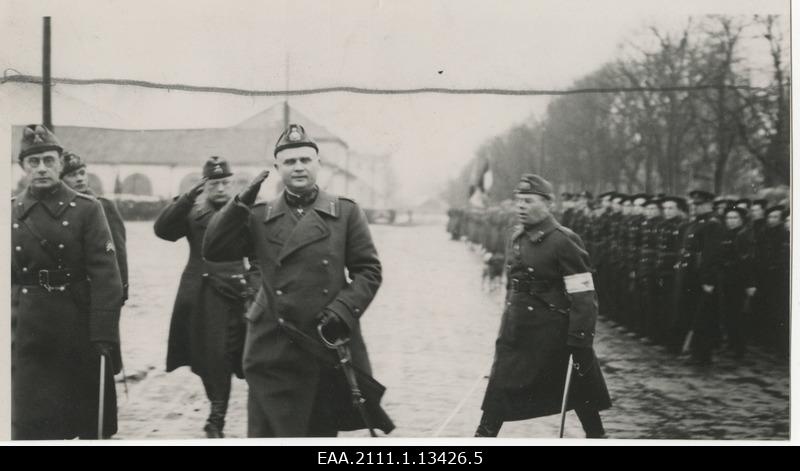 navigate_before navigate_next
Approximate address: Unnamed Road, 51008, 51008 Tartu, Estonia
Paradise of the 17th anniversary of the Republic of Estonia in Tartu Lihaturul 24.02.1935, the division leader will receive the paradise of Colonel August Traksmaa, the (left) chief of the garrison, Colonel Georg Leets, Lieutenant Colonel Martin Bergmann, Chief of Staff of the Division, Colonel Karl Freimann, the maleva of the Defence League of Tartu Chief Major Richard Aks. On the right background Navy