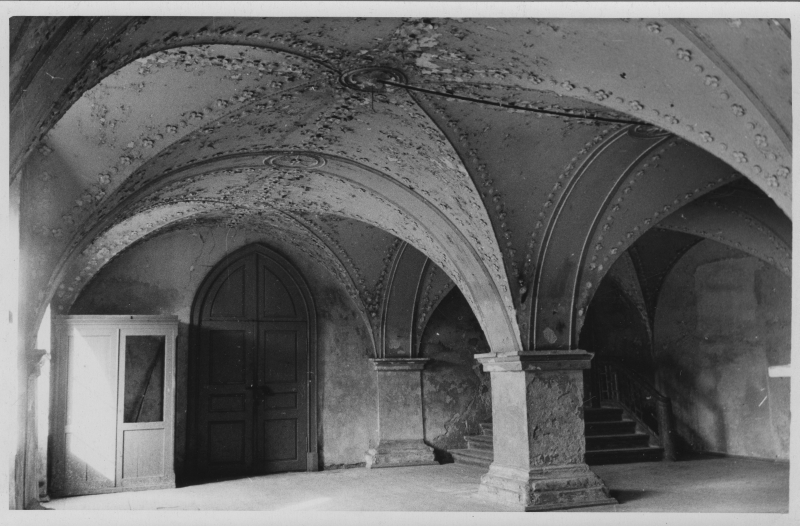 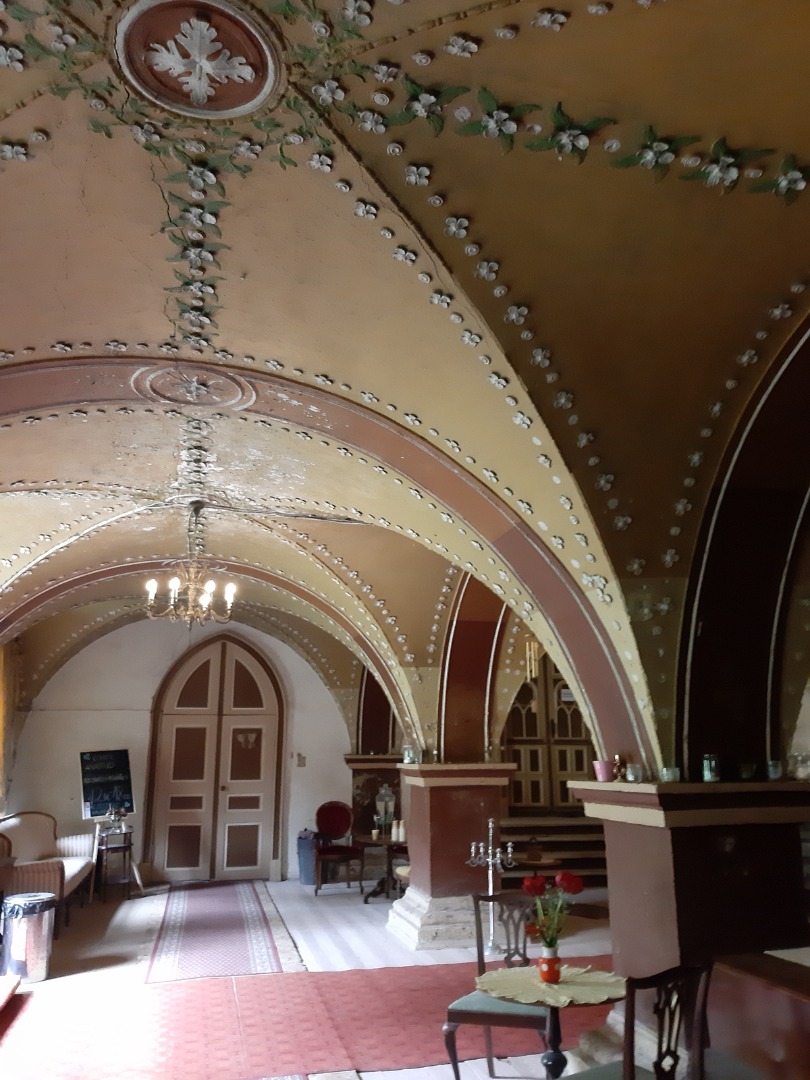 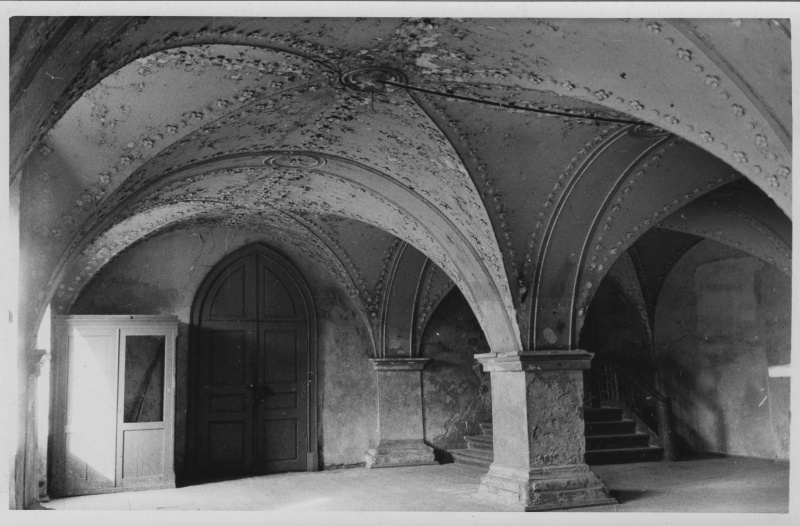 navigate_before navigate_next
Approximate address: Kirna mõis, Kirna, 72231 Järva maakond, Estonia
Alla, Armin
The wizards of the vestibule of Kirna Manor. The main building was built on the first half of the 19th century, the vestibular was built in pseudogotic style. In the middle of the beach wears a ship generation, witches with decorated stunts. On the left side of the rear, the right side of the piile. The last apple in the manor was Baroness Pilar v. Pilchau.
[1956; 1956] 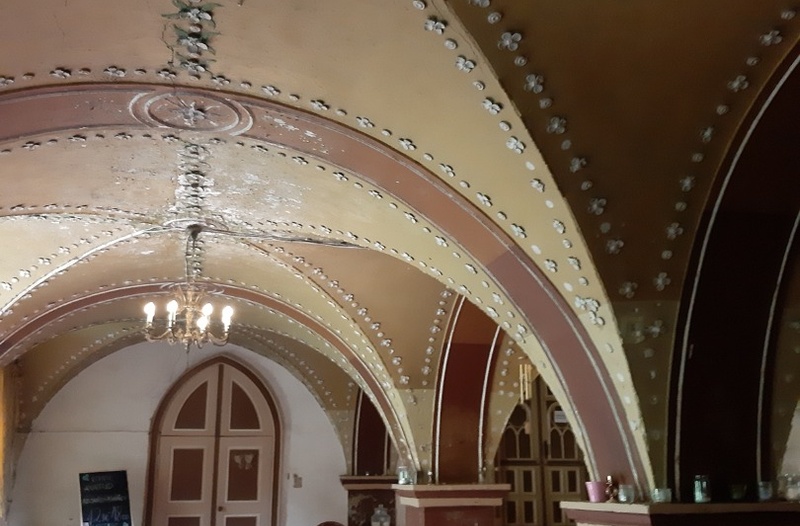