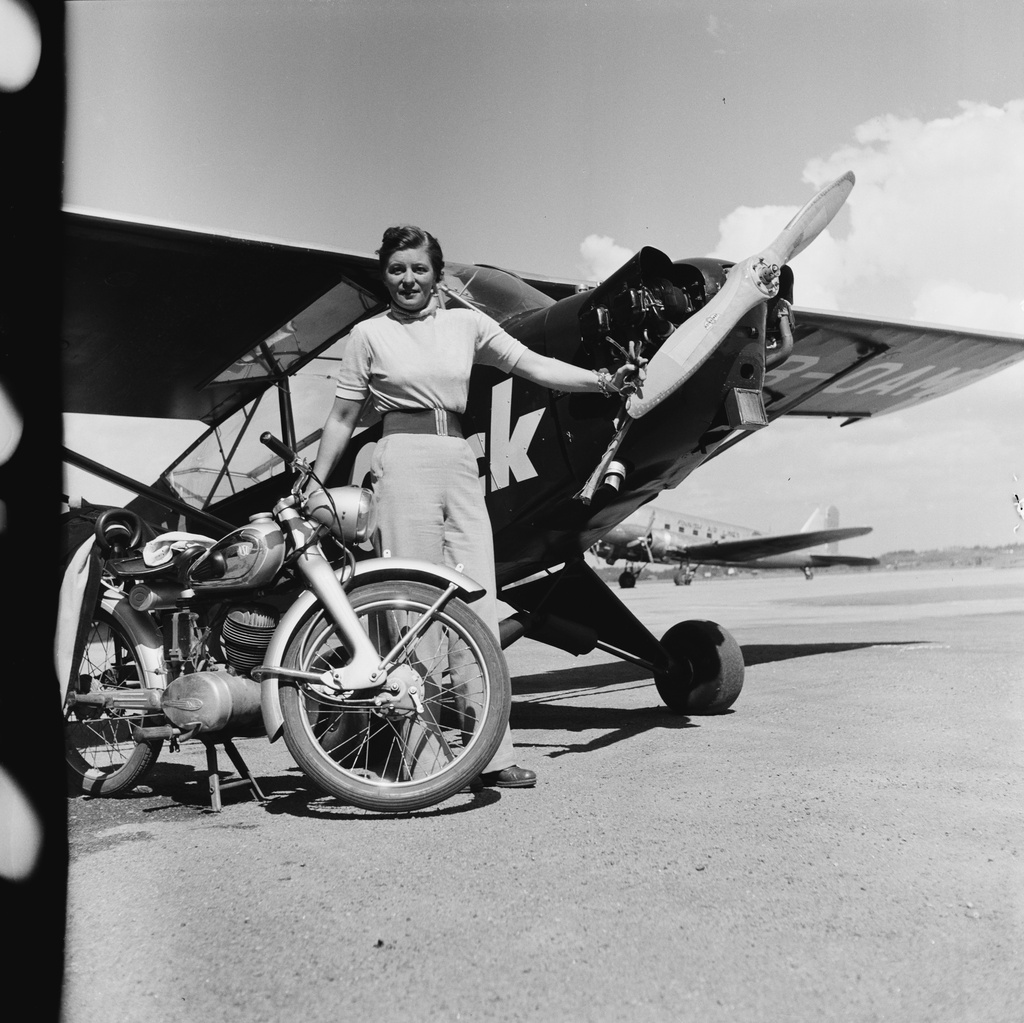 navigate_before navigate_next
Approximate address: Helsinki-Malmi Airport, 00700 Helsinki, Finland
Bonin Volker von, valokuvaaja
The Helsinki Olympics in 1952. A small machine for German Quick newspaper at Malm airport. The photo is likely to include Elly Beinhorn's "flying reporter". Beinhorn reached the famous celebrity of one of the skilled German pilots before World War II. Because he wanted to continue his flight after the war, he was forced to buy a plane from Switzerland (a photo of the American-made Piper J-3C-65 Cub machine, HB-OAM) and fly it until he was able to register the aircraft in the German register. Next to the machine, a German NSU Fox motorcycle.
1952