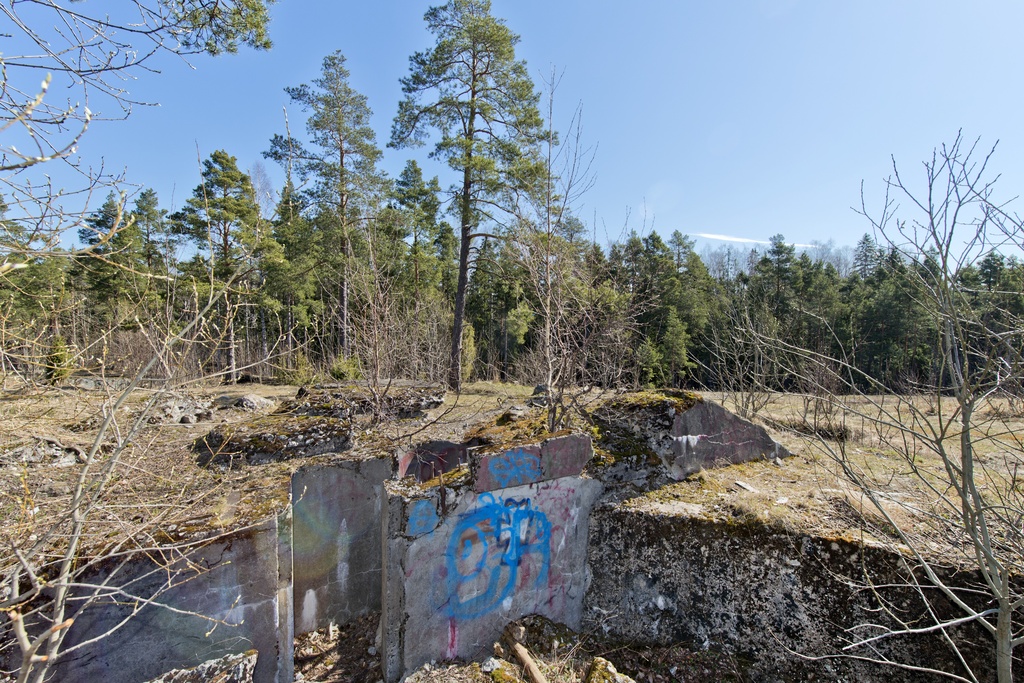 navigate_before navigate_next
Approximate address: Suunnistajankuja 1, 01280 Vantaa, Finland
Kiuru Sakari, valokuvaaja
Westmäki. Painting fortification before World War I, Defence Station II:7, Central Defense Station b in Westmäki, Vantaa. The photo has made concrete stacking station in the east of the station. The mixed entrance protected the star from the pressure and split effects of the explosion that occurred behind the station. The roof has been exploded, and the concrete bowls climb on the rock around the station. The end of the grave wall is supported vertically, with circular irons. The iron tanks are shattered on the broken wall. On the outer wall of the grave, a large blue graphite is painted. On the right there is a grave built on the rock and supported with concrete. The environment is open and rocky. Image direction east.
2013