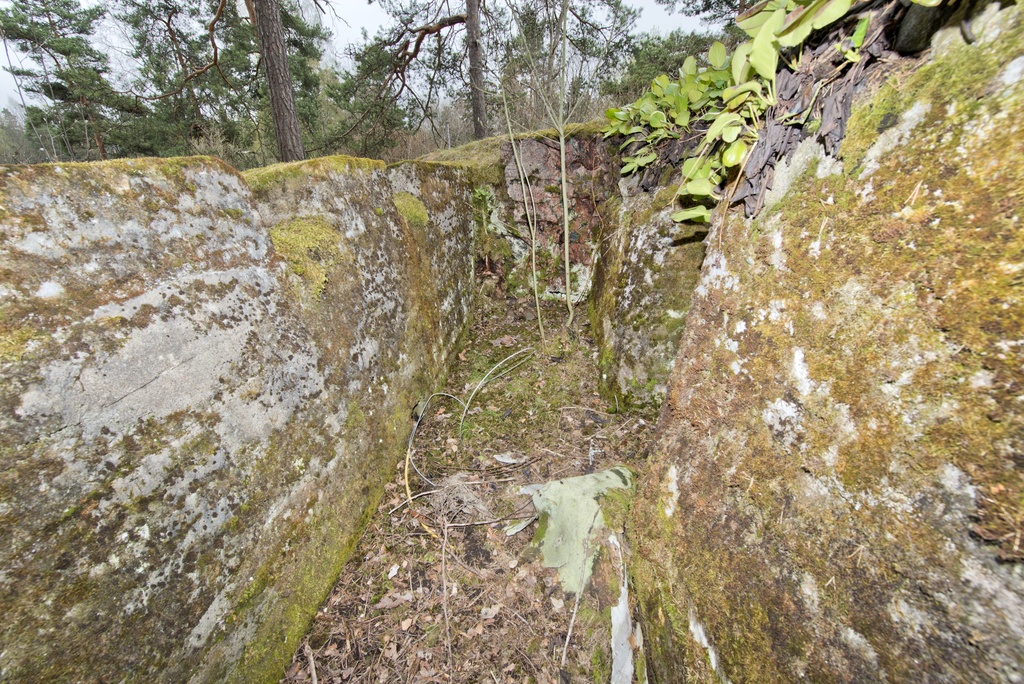 navigate_before navigate_next
Approximate address: Ruukinrannantie 12, 02600 Espoo, Finland
Kiuru Sakari, valokuvaaja
Rukinranta. Painting fortification before World War I, defence station XXXVI:2 in Ruukinranta, Espoo. The picture includes a archive located in the southern part of the station, a gun station built on the rock, with shooting holes for nine gunmen. On the left front guard there are two shooting holes. On the right wall there is an entrance between the station and the rest of the grave, on both sides of which a mountain shield has been planted. Both chest protection and rear wall are supported with concrete. The head of the grave has either been left unhelped or its cover has been betrayed over time. The bottom has mostly crisp but also garbage. The station is located in the garden of a private home. Lunch in the direction of the picture.
2013